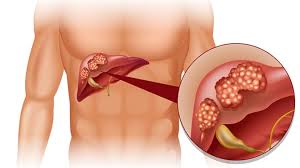 Take two aspirins and reduce your risk of liver cancer? New research suggests this weekly routine might help.
The researchers found that taking two or more standard-dose (325 milligram) pills a week was associated with a 49 percent lower risk of liver cancer.
"Regular use of aspirin led to significantly lower risk of developing [liver cancer], compared to infrequent or no aspirin use. And we also found that the risk declined progressively with increasing aspirin dose and duration of use," said lead study author Dr. Tracey Simon. She's a research fellow in gastroenterology at Massachusetts General Hospital in Boston.
It should be noted, however, that the study did not prove that aspirin reduced liver cause risk, just that there was an association.
For the study, researchers analyzed long-term data from more than 45,800 women and 87,500 men in the United States.
The investigators reported that aspirin's protective effect increased over time. Risk of liver cancer was 59 percent lower among those who took aspirin regularly for five years or more.
The risk reduction declined after people stopped taking aspirin, however. And it disappeared altogether eight years after aspirin was discontinued, the findings showed.
Regular use of acetaminophen (Tylenol) or nonsteroidal anti-inflammatory drugs like ibuprofen (Motrin, Advil) was not linked to reduced risk of liver cancer, according to the study. The results were published Oct. 4 in JAMA Oncology.
The findings support results from previous studies, the researchers said.
However, Simon said additional research is still needed. "Since regular aspirin use carries the risk of increased bleeding, the next step should be to study its impact in populations with established liver disease, since that group is already at risk for primary liver cancer," she said in a hospital news release.
Liver cancer is relatively rare, but it has increased in the United States over the past 40 years. Also, liver cancer death rates have risen faster than those of any other cancer, the researchers noted.
Senior study author Dr. Andrew Chan pointed out that "aspirin use is already recommended for prevention of heart disease and colorectal cancer in certain U.S. adults." Chan is the hospital's chief of clinical and translational epidemiology unit.
"These data also add to a growing list of cancers for which aspirin appears to have anti-cancer activity," he said in the news release.
This could be a rationale for more patients to discuss an aspirin regimen with their doctors, Chan said.
Curled-healthday
- October 09, 2018
Email ThisBlogThis!Share to TwitterShare to FacebookShare to Pinterest