THE MOST DANGEROUS COUNTRY TO BE A WOMAN

According to statistics, India the most dangerous country to be a woman 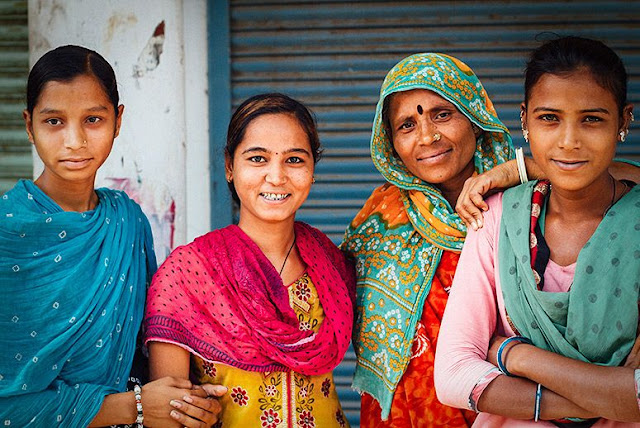 The release of the report comes amid mounting public outrage in India, where a series of high-profile rape cases, including two unrelated attacks on girls aged 16 and eight, have forced the issue of sexual violence back onto the national agenda.
In April, thousands of protesters took to the streets to demand stricter protections for women, in some of the largest mass demonstrations held in the country since the rape and murder of a female college student in Delhi in 2012.
Attempts to introduce stricter legislation have so far failed to tackle the dangers women face.
In the months following the 2012 case, the central government passed numerous reforms to increase penalties for sexual violence, including extending the length of prison sentences and introducing the death penalty.

But despite the introduction of stricter laws, around 100 sexual assaults are reported to police in the country every day, according to the National Crime Records Bureau, with nearly 39,000 alleged attacks in 2016, an increase of 12% from the previous year.

Nine of the 10 countries on the list were from Asia, the Middle East or Africa. At number 10 was the United States, the only Western country to be included.
The foundation said this was directly related to the #MeToo movement.
"The United States shot up in the rankings after tying (for) third with Syria when respondents were asked which was the most dangerous country for women in terms of sexual violence including rape, sexual harassment, coercion into sex and the lack of access to justice in rape cases. It was ranked sixth for non-sexual violence," according to the survey.
War-torn Afghanistan ranked second, as the worst country for non-sexual violence against women, which includes conflict-related violence and domestic abuse. It also ranked second worst for access to healthcare and access to economic resources and discrimination.

Syria, where a war has raged for more than seven years, ranked third on the list. The country is considered the second-most dangerous in terms of sexual violence and access to healthcare. Syria also tied for third with the United States in terms of sexual violence and harassment.
The Thomson Reuters Foundation held a similar survey seven years ago, and found Afghanistan, Democratic Republic of Congo, Pakistan, India and Somalia to the be the five most dangerous countries for women.
"World leaders vowed three years ago to eliminate all forms of violence and discrimination against women and girls by 2030, allowing them to live freely and safely to participate equally in political, economic and public life. But despite this pledge it is estimated that one in three women globally experience physical or sexual violence during their lifetime," the foundation said.
"Child marriage is still rife, with almost 750 million women and girls married before their 18th birthday, resulting in teen pregnancies that can put their health at risk and limiting schooling and opportunities."

That India had moved to the top of poll showed not enough was being done to protect the rights of women, argued experts.
"India has shown utter disregard and disrespect for women ... rape, marital rapes, sexual assault and harassment, female infanticide has gone unabated," Manjunath Gangadhara, an official at the Karnataka state government, told the Thomson Reuters Foundation.
"The (world's) fastest growing economy and leader in space and technology is shamed for violence committed against women," added Gangadhara.
The issue of sexual violence has put pressure on Indian Prime Minister Narendra Modi's ruling Bharatiya Janata Party (BJP), who opponents accuse of failing to properly address issue of violence against women.
"While our PM tiptoes around his garden making Yoga videos, India leads Afghanistan, Syria & Saudi Arabia in rape & violence against women," tweeted Rahul Gandhi, President of the Indian National Congress, referencing Modi's recent participation in an online fitness trend.
"What a shame for our country!"

Modi, who will seek reelection next year, spoke out against sexual violence in April, asserting that rape "is a matter of great concern for the country."
That same month, his Cabinet passed an executive order introducing the death penalty for rapists of children under the age of 12.
- June 26, 2018
Email ThisBlogThis!Share to TwitterShare to FacebookShare to Pinterest
Labels: world